If you have been accused of wrongdoing, our firm will protect your Constitutional rights in the following areas:

Penalties for operating a motor vehicle while intoxicated can include money penalties, imprisonment and loss of your driving privileges.  If you have been arrested for OWI, DUI or DWI, you have certain constitutional rights that need to be protected.  Our firm has the experience to aggressively protect your legal rights in the event you are arrested.

Penalties relating to drug possession, use, manufacturing, and sale can include money penalties, imprisonment, and a permanent criminal record.  If you have been arrested for a drug related charge, you have certain constitutional rights that need to be protected– our firm has the experience to aggressively protect your legal rights in the event you are arrested.

Being charged with a misdemeanor or felony is serious.

Misdemeanor:If you are charged with a misdemeanor, you can be fined up to $10,000 by the government and you could be imprisoned for up to nine months.

Felony: A felony is more serious as the fines can rise up to $100,000 with the chance of years of imprisionment. A felony conviction can also limit your ability to work, vote, and/or own a fire arm.

If you are charged with a misdemeanor or felony, your constitutional rights need to be protected– our firm has the experience to aggressively protect your legal rights in the event you are arrested.

Our firm has the experience to aggressively protect your legal rights in the event you are arrested for any of the following crimes:

A Roadmap If You Are Arrested

Charged with a Crime
If arrested, you will mostly likely be taken into custody; the police will read you your rights, photograph you, and take your fingerprints.

Remember that you have two important rights: the right to remain silent and the right to an attorney. Police may not ask you any more questions if you claim either or both of these basic rights. If you are unable to hire an attorney, an attorney from the State Public Defender’s Office will be appointed to you. Likewise, if you are unable to communicate with the court or your attorney because of a disability or a language barrier, an interpreter will be provided for you.

To be released from custody after your arrest, you must post bail. In some cases, you can do this by a signature bond (a written promise to appear in court). In other cases, you may be required to provide either a secured surety bond (you put up property, such as a car or house), or cash (which may be posted by you or someone else). In addition, the judge may impose other conditions on you that he or she deems reasonable to assure your appearance in court or to protect members of the community.

If you are charged with a misdemeanor, the maximum imprisonment is one year. Any “time” you serve will be in the county jail or in a house of correction. A felony charge is much more serious because it can mean a year or more in prison. In either case, it is very wise to consult an attorney; if you cannot afford one, the judge will refer you to the State Public Defender’s Office.

For a felony, the next step is the preliminary hearing. At this hearing, the prosecution must present enough evidence to convince the judge that you should stand trial for a felony offense. If it is decided that your case will go to trial, you will then attend an arraignment; at the arraignment, the district attorney will serve you with formal charges for a particular felony called the “Information”. At this time, you must enter a plea.
In both misdemeanor and felony cases, you have the right to a jury trial where the jury verdict must be unanimous.

There are many possible types of “plea agreements,” including a reduced charged offered by the prosecutor. However, if you are charged with several offenses, the offer may be to dismiss one or more charges or “read in” a charge (this means that you will not plead guilty to that charge, but the charge may be considered for sentencing). In return, you will be expected to plead guilty or “no contest” to at least one offense. Sometimes, the plea agreement will be a recommendation for a particular sentence, or it may be an agreement that the prosecutor will make no sentence recommendation.

In any event, the judge does not have to honor the plea agreement. Your attorney and the judge must explain this to you, along with the entirety of all the possible results of a plea of guilty or no contest. The judge will usually pronounce an immediate sentence in a misdemeanor case. In a felony case, the judge may order a pre-sentence investigation and set a separate sentencing date.

Range of Arrests (Are all arrests the same?)

In most cases, traffic offenses and city, town, or county ordinance violations are not criminal offenses. Certain offenses can be charged as either ordinance or criminal offenses, such as retail theft (shoplifting) or disorderly conduct. Some offenses are classified as noncriminal for first time offenders but as criminal for second time violators; the most common example of this is operating a motor vehicle while under the influence of intoxicants.

A monetary penalty for a crime is called a fine, for a noncriminal offense, it is called a civil forfeiture.

Charged with a Noncriminal Offense

If you are charged with an ordinance or traffic offense that is not a crime (such as speeding), you will be given a citation– in most cases you will not be taken into custody. The citation will usually give you a choice of paying a forfeiture or going to court. It will state a date for you to appear in court if you choose not to pay the forfeiture.

The “no contest” plea admits the offense charged but cannot be used against you later in a civil lawsuit. For instance, let’s say you have an auto accident and as a result of the accident, you are given a traffic citation for a violation. In this case you may want to plead “no contest”, in case the other driver decides to sue you.

In most ordinance or traffic cases, when you plead “not guilty” you are given a pretrial date and a trial date. At the pretrial, you will meet with the prosecutor to try to settle the case, where you may try to change a speeding charge to a lesser point violation.

If you cannot resolve the charge at pretrial, you must appear at the trial. You may or may not want to have an attorney, depending upon the seriousness of the offense, the status of your driver’s license, etc. If the judge finds you guilty and you do not pay the forfeiture by the deadline for payment, your driver’s license may be suspended.

This information is intended to be viewed as general information. Your individual situation or needs require consultation with the advice of an attorney. We are here to help you today. 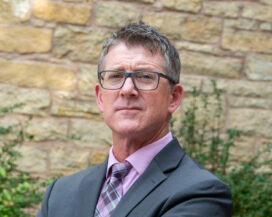